Who are the courses for?

Andalusia, a region occupying the southern part of Spain, is often called a “bridge between continents”, “gateway to Europe”, “cultural melting pot” or “meeting point of the seas”. All these terms are fully justified. Situated between Europe and Africa, between the Mediterranean and the Atlantic Ocean, it has been an area of cultural development for millennia. In Andalusia, you will find everything that is usually associated with Spain: flamenco, fiesta, corrida, sandy beaches, tapas bars and sherry wine. It is hard to imagine a more Spanish region of the Iberian Peninsula.

Andalusia covers an area of 87,597 km² and constitutes 17.3% of Spanish territory. It is the second-largest autonomous region in the country and has the largest population (8,426,405 inhabitants in 2018). The region is divided into eight provinces: Almeria, Cádiz, Córdoba, Granada, Huelva, Jaen, Malaga and Sevilla. The regional capital of Andalusia is Sevilla.

Andalusia is a land of contrasts. The diverse environment and topography that can be found there include the warm valley of Guadalquivir, wooded mountains, volcanic landscapes of the Tabernas desert and the snowy peaks of Sierra Nevada.

Today's Andalusia is a modern region with a well-developed infrastructure, dynamic economy and a wide range of products and services. 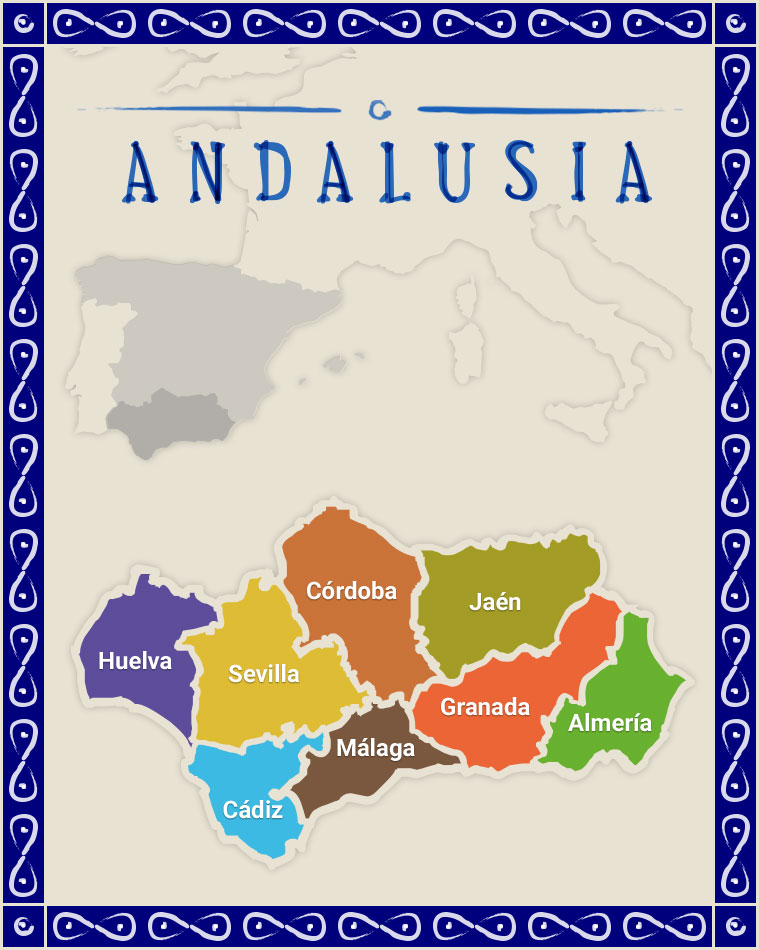 TOP 7 - a subjective guide to Malaga
Every city has places that a tourist must visit. Otherwise,…
2 years ago

END_OF_DOCUMENT_TOKEN_TO_BE_REPLACED

TOP 7 - a subjective guide to Malaga
Every city has places that a tourist must visit. Otherwise,…
2 years ago